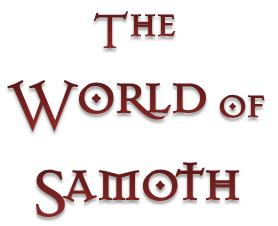 So, I'll just get this out of the way upfront, but I hate the "small" races in D&D - gnomes and halflings.

Okay, if you're still here, I'll explain a little bit.  There's really no rational reason for it, any more than there is any good reason for someone to prefer playing wizards or to hate druids.  Some things are truths. "Star Trek: Wrath of Khan" is the best of the original cast movies, followed closely by "Star Trek: The Voyage Home." "Empire Strikes Back" is the best of the three "Star Wars" movies (because, of course, there are only three).  There is only one "Highlander" movie. These are absolute truths that can't be argued with.

With gnomes and halflings, when I say that they suck and I don't like using them, I get that that's just an opinion and I don't begrudge people who like them.

I know exactly where my loathing of the small races began, but I'll start at the beginning.  In terms of fantasy literature (and not mythology, like Norse dwarfs and elves and such), my first exposure to the idea of the small races was The Hobbit in 5th grade, around 1981 or so.  Of course, there's really only one Hobbit in the book, but the book isn't about him being small as much as it is more about the idea of someone leaving a more simple life and being exposed to a bigger, more complex world, and figuring out his place in that world.

This was all well and good and I liked The Hobbit a lot as a kid, and even enjoyed the Rankin-Bass animated version that came out later.  A couple of years later, in 7th grade, I began reading the Lord of the Rings (which sadly, I didn't actually ever finish until about 18 years later, just before the first of the three movies came out, but that's another story).  Hobbits are, of course, more involved in this story and a good deal of the action actually does revolve around the idea that they are small and therefore people might tend to underestimate them.  Even though I never finished the books until later, back in 1983 when I started them I already had a pretty good idea of the story and I understood the role that the Hobbits as a small race played in the narrative.

And then it happened.  In 1983, a little movie called "The Return of the Jedi" was released, and it remains to this day, hands down, my least favorite of the three Star Wars films.  By a wide margin.  Almost to the point that, say, if there were any other Star Wars movies made, I might like some of them better than ROTJ. Why all this anger toward Episode VI?  One word.

Ewoks destroyed Star Wars for me. Now, I get that six years of my life had gone by between the first Star Wars movie back in 1977 and the last one in 1983.  I was nearly twice as old as I had been when the first movie came out, so those six years represented a significantly long period of time in my life. So, I was older - a teenager, in fact, and I don't think the Ewoks were supposed to appeal to me.

But it was worse than that.  All of the seriousness, the darkness, the hopelessness of the Rebellion... all of those themes that were so well done in Empire were, in my mind, just completely undone by a bunch of Teddy Ruxpin wanna-bes running around in janky-looking, matted fur suits with molded, inexpressive faces and singing stupid songs.

Lucas really took the theme of the smaller, primitive race of people overcoming bigger people with technology and drove it home with a hammer. It seemed to me to be kind of a rip-off of one of the themes from the Lord of the Rings, and more important, the Ewoks were just dumb. Not cute.  Not funny. Dumb. Stupid and out-of-place.

Not too long after that, another Lucas film called "Willow" came out, and featured as a main theme a race of small, somewhat primitive people, and a sort of reluctant champion who rises to heights greater than any of his kin to become the hero that saves the entire land from the Big Bad Evil Guy.


Um... sound familiar?  It's no surprise that I hated that movie, too, despite some somewhat funny parts featuring a young Val Kilmer in the Han Solo role.


All round the time that these movies came out, I was getting more and more involved in AD&D and I remember reading the race sections in the Player's Handbook and not really getting why there were both gnomes AND halflings.  I got why halflings were in there - they were an homage (if not outright copying) of the hobbits in LOTR. And I was fine with that, even though I personally never wanted to play one, because they came from some of the source material for the background of the game. But gnomes?  I didn't get it.  I still kind of don't.  Gnomes just stray way too far from the early Sword & Sorcery influences of the game. Even Elf and Dwarf characters stretch the bar a little much, but given their prevalence in LOTR, can be forgiven. But gnomes just seem... "cute."  I never got the niche they were supposed to fill.


So, all of these years later, when I finally was getting my world ready to start my long-running World of Samoth campaign, I decided to eliminate gnomes and halflings from the playable races.  In their place, I did allow goblins, but I even changed those from small to medium-size (they're around the same height as dwarves in my world). I just can't get past my prejudice against the small races.


I did have one player right at the very beginning who really wanted to play a halfling rogue, but I had to explain to him that I don't have halflings in my world so he simply switched his character to an elf and that was that.  It hasn't come up since, and I don't think my world lacks depth because of my omission.


What about everyone else? I suspect I'm in the minority here, but I'd love to hear people's thoughts on why they do, or don't, like (or use) gnomes and halflings in their games.
Labels: Design Decisions gnomes halflings Middle Earth movies Star Wars World of Samoth