I'm also getting a comic called Brave Chef Brianna (a four-issue limited series) for my daughter.

Fiction
Currently reading The Amazing Adventures of Kavalier and Clay, a loan from my friend Jeff.

Gaming Books
I still haven't picked too much up since the last update. I bought the 5E Player's Handbook and Dungeon Master's Guide but haven't spent too much time with them. I played a game of Dungeon Crawl Classics at Strategicon back in February and it got me interested in perhaps picking up the rulebook, except I don't know when I'll be playing it again.

With My Daughter
Sadly, as my daughter is growing older, she now tends to read a lot on her own. She really enjoys the Magic Fairies books, Dork Diaries, The Princess in Black series, and the Geronimo Stilton series. Recently for Christmas, she got a boxed set of all of the Chronicles of Narnia books, and a few weeks ago I started reading it to her at breakfast time just like I used to do with the Hobbit almost five years ago.

Graphic Novels:
I recently picked these up that I'll be reading next: Batman Year 100, Bat-Manga (a gift from my father-in-law), Batman Incorporated New 52 Vol. 1, Batgirl/Robin: Year One, The Creep, Saga, Coltrane (a gift from my friend Jeff), the Sequential Art of Amanda Conner, Green Lantern: No Fear, Wonder Woman New 52 Vol. 1, War Stories Vol. 1, Hawkeye: My Life as a Weapon, The Mighty Thor Vol. 1, Wolverine & the X-Men Vol. 1, X-Men: The Dark Phoenix Saga

Fiction:
Currently reading By the Balls, a gift from my wife. My next book will be one that was a Christmas gift from my mom before she passed away earlier this year - Game Night.

Non-Fiction:
I recently finished Fantasy Freaks & Gaming Geeks, and will soon be reading two Father's Day gifts from my wife: GeekDad's Guide to Weekend Fun and the Audacity of Hops: The History of America's Craft Beer Revolution. I've also got in the pipeline Supergods by Grant Morrison, and another book that my mom gave me for Christmas in 2012 (A View from the Bridge). I also just saw on my shelf my copy of Star Wars and History which I need to finish.

Gaming Books:
I actually haven't purchased any new gaming books since Ultimate Combat for the Pathfinder system came out a long time ago. Nothing's been coming out that really grabs me. 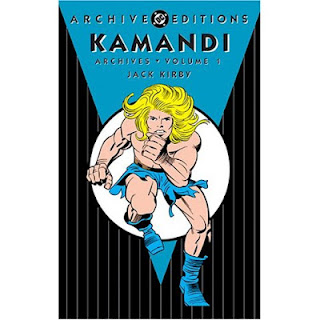 I remember reading a long time ago over on Grognardia that James was reading this series, and I was intrigued. I'll admit that I'm actually not a huge Kirrby fan - I like a lot of other artists/creators a lot better, but I dig the post-apocalyptic genre. Once I saw Kamandi on a few episodes of Cartoon Network's "Brave and the Bold", I decided to pick this up. If you're into post-apocalyptic fiction, this 5is well worth picking up.  I have Volume 2 on my Amazon Wishlist. 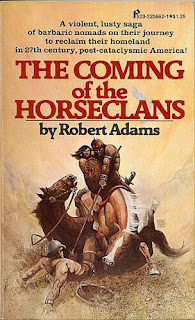 Continuing with the post-apocalyptic theme, I finally, after about 25 years, read the very first book in the Horseclans series by Robert Adams.  I had picked up the second volume in a second-hand bookstore way back while I was in high school and really liked it, but these books are pretty hard to find for some reason. This is a great story in its own right, and there are also tons of cool ideas for a "Mutant Future" type game. There are some scenes that did bother me, though, so if you're a little squeamish about the thought of child slavery, you might want to stay away. 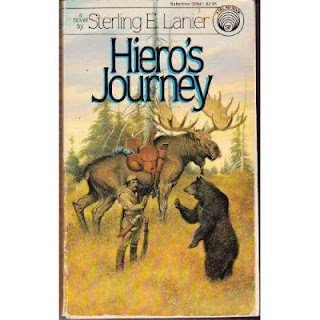 And, going for the trifecta, I went back and re-read the book that I personally think had a huge influence on the creation of the original Gamma World game - Hiero's Journey. I remember seeking this book out at the library shortly after I heard of Gamma World.  I had picked up the sequel, brand new, at a B. Dalton's, but the original was one that I never saw at a bookstore.  About 20 years later, I found a pristine copy, in hardback, at a used bookstore here in the Los Feliz area of Los Angeles. 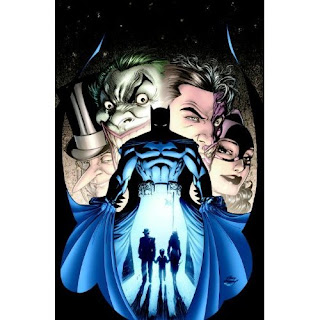 This is kind of following on my recent post about how I hate change, but DC is always screwing up its continuity in the hopes that they can attract new readers who don't want the baggage of 75+ years of history. This story, by Neil Gaiman, is a sort of "what if this was the last Batman story ever?"  It was written in the aftermath of Final Crisis, which I've never read but understand it had some pretty significant changes for Bruce Wayne and Batman. Of course, those changes were discarded two years later when DC came out with their The New 52 comics and renumbered all of their comics starting with #1.  Anyway, I've always liked Gaiman as a comics author and I love his Sandman series, so I thought I'd give this a read.  I was not disappointed.  I picked it up for 75% off when my local Border's closed. 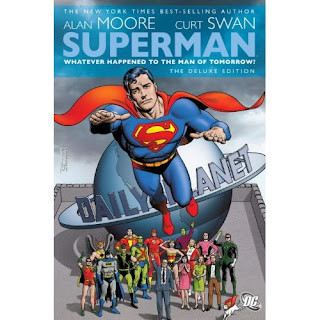 This is another comic I picked up at Border's before it went away. This one is by Alan Moore, of Watchmen fame, and is a similar premise to the Batman story mentioned above.  In this case, these series of stories were written in Superman and Action Comics back in the mid 1980s, right after Crisis on Infinite Earths and before John Byrne basically re-defined Superman with his "Man of Steel" series in 1986.  Of course, again, all of this has been washed away by the New 52 series, but that doesn't make these stories any less compelling. I'm about halfway through reading this as I write this. 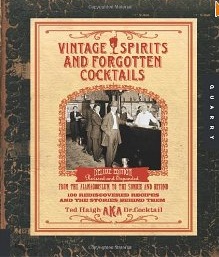 And to prove that I'm not just a one-dimensional geek, this is an awesome book that my mom gave me for Christmas. The author writes about the history of cocktails (primarily in America) and gets into how and why we have let go of stronger-tasting spirits like Whiskey and Gin and replaced it with tasteless Vodka. He also mentions that the American palate has become so accustomed to sweet, fruity drinks due to our consumption of fruit punch and sodas that we can no longer accept flavors like bitter or sour in our drinks (and hence, how the Vodka companies pounced on this and created a huge industry behind "neutral-tasting" spirits). He thinks we need to expand our palates and rediscover some of the flavors of our past, and I agree with him 100%.  I have so many friends who won't touch a gin and tonic because they think it tastes like "medicine", but they'll suck down vodka-tonics (or, worse, the so-called "Vodka Martini", which is not a martini at all because martinis have gin in them) - so basically, they're just drinking tonic, since vodka is designed to have no flavor. 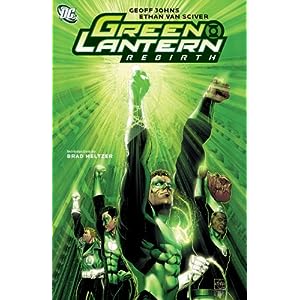 I wanted to check this out before the movie.  I actually finished it the morning before, but I'm going back over it because I read it really quickly and want to see if I catch anything new the second time around. 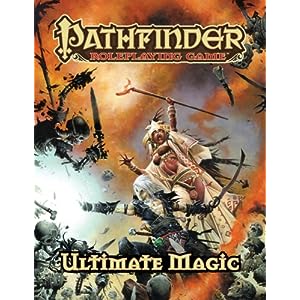 I debated a long time whether to pick this book up, and I actually wasn't going to, until I glanced at it at the game store.  The Magus class is pretty interesting, and I'm a big fan of Pathfinder's "archetypes" wherein they take a character class and modify it slightly to create a different concept.  It's a much better alternative than the class bloat we got with WotC in the latter days of 3.5.  For example, in Ultimate Magic, a "Geisha" isn't a class, but instead it's an archetype for a Bard, wherein you swap out a few class abilities and add in some new bardic performances to the list you can select from.  Some of the new meta-magic feats are pretty interesting, too.  I like getting books like this that my players are never going to pick up so I can surprise them with new things during the game.


This book was recommended to me by several of my friends, so I picked it up a couple of years ago, then put it down for almost a year.  I'm finally getting back into it.  It's a bit tough to read if you're a casual reader with a young not-quite-two-year-old running around the house (like me).  I get maybe 15-20 minutes of reading time a day, if I'm lucky.  So, reading a book like this, where the author is all about "show, don't tell" can be tricky.  Cook likes to just state what is happening, mentioning names of characters or locations as though you lived in the world and already knew who they were.  Sometimes you can go for several chapters before it's ever explained what these names refer to.  It drove me mad at first, because, since I wasn't reading consistently, I would assume that I must have forgotten, and I'd keep flipping back pages to see where the name first came up, only to find out that it hadn't been mentioned previously.  But, once you get used to that, the book is really interesting.  I'm still reading Book 1 of the first trillogy, but it's very captivating.  The "Ten Who Were Taken" have to be some of the best fantasy villains (and, then again, are they villains in the true sense?  I'm not entirely sure yet) ever crafted.  It's such a clever, interesting concept.  I'm looking forward to what happens next.

My wife gave me this book for Christmas two years ago, and I just happened to glance it on our bookshelf of cookbooks and cocktail books in the dining room.  It's a fascinating history of whiskey, covering distilleries in all of the major whiskey-producing nations like Scotland, Ireland, the United States, and Canada, but also including other surprising places like Japan and the Middle East.

I picked this up at my local game store in the "used" bin a couple of years ago for the bargain price of $4.00.  I remember seeing on the WotC site when it was first published and thinking that I would pick it up, which is odd because I don't actually own the d20 Modern rulebook that you'd need to use this book.  But, I mostly was interested in reading it from the standpoint of my history with Gamma World.  Sadly, d20 Apocalypse doesn't include any overt references to Gamma World, but it does include a bunch of rules and ideas for post-apocalyptic adventuring, along with three example scenarios - one involving the Rapture, one involving a bug-like alien invasion of Earth, and the last being a straight-up post-nuke setting called "Atomic Sunrise" which is as close to Gamma World as you get in this book.  There are some interesting ideas for campaigns in this book, and although I'm glad I didn't pay full price, I'm happy to have it in my collection. 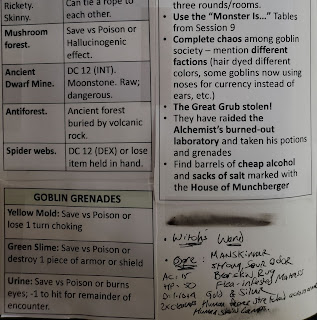