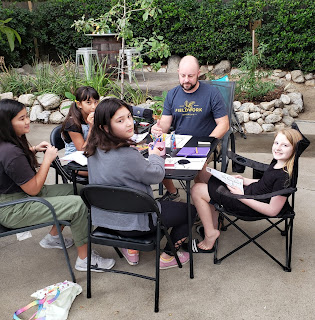 Since I started running a D&D game for my daughter (11) and her friends last Autumn, I’ve also gotten a bit more involved on Twitter and fell in with a cool group of folks who are all parents and playing some form of roleplaying games with their kids. The core group I engage with on Twitter have much younger kids than my daughter, but everyone has really interesting ideas to share about playing roleplaying games with young ones, and the challenges you can face as a GM running a game for different age levels. One of the parents even started an entire blog dedicated to playing tabletop RPGs with kids, and I encourage other parents to check it out here: https://www.ttrpgkids.com/.
A particularly engaging series of conversations that began popping up was dedicated to playing with different age kids, and I sparked to the thread about playing with Tweens. I wrote a long Twitter thread about it, which is not my preferred way to share ideas because the threads get so long that I think it would usually be easier and more efficient to share the information as a series of blog posts, which brings me to today’s topic. This is a summary of some of the ideas I shared on Twitter about Playing Tabletop RPGs with Tweens, but I’ve cleaned it up, expanded on some of the ideas, and including a few other topics that I thought about after my tweet-storm. You can see the original discussion on Twitter here.
For this first part of this short series, I’m going to talk a bit about how I broached the topic with the parents of my daughter’s friends, how I replied to some of their thoughts/comments, and how I began to set-up my new campaign.
As I start, after my daughter had expressed interest in playing, I asked her which of her friends she wanted to invite. She picked three, all the same age as her, and I then sent the following email to the parents of those three girls:

As most of you know, I've been playing role-playing games, particularly Dungeons & Dragons (D&D), on and off since about 1981, and I'm currently running a game that [my wife] plays in, as well as playing in another one with [one of the parents]. [My daughter] has expressed interest in learning to play, and after chatting with her about it, she has selected your three girls [names redacted] as three friends she would like to join her.
We won't be starting until after Girl Scout Cookie Season is over (March) which will give me time to get ready to run the game. For you and your girls' part, there's really nothing to do at this point other than to let us know if your daughter would be interested. Ideally, we'd try to get together about once a month, and we'll pick a day and time that is convenient to everyone. We'll provide snacks and/or meals for your girls while they are here, and each game session would probably last around 2-3 hours, but if the girls are having fun and/or in the middle of something they want to finish, we could go longer. We'll also go shorter if they are getting tired or need a break.
For the start, I can provide everything the girls will need (I have plenty of dice here at my house they can use during the game), and I can provide PDFs of the basic rules that they'll need and/or just explain things to them the first time we meet as a group. You definitely won't need to buy any of the current versions of the rules ("5th Edition"), as I will be using an older version of the game that I grew up with back in the 1980's that's more simplified.
What is a Role-Playing Game? For those of you who don't have experience with the game or have a bad association of it based on what you've heard non-players say about it, a role-playing game is essentially just shared storytelling. One person (me, in this case) will act as a Referee and present a series of options for the players (the girls) to choose from. Each player will create a character that has certain abilities that are all numerically-based and determined by rolling dice, so they will know how strong, fast, and smart their characters are, and what other abilities they have (they may be good at fighting, finding traps and treasure, or casting spells). Playing a game of D&D isn't acted "live" - that's a different type of game. In our games, we'll be sitting around a table with rulebooks, dice, character sheets, and a map, and the girls will tell me what they want their characters to do (either in the "voice" of their character, or just by saying, "I'd like my character to do..."). As the Referee, I determine if their actions are reasonable and what chance of success they have, based on the numbers of the dice they roll and consulting charts in the rulebook. They will encounter monsters they may have to fight, or other characters in the game (controlled by me) that they may choose to befriend, and they may want to go on a quest to find gold or a missing magical sword. It's really up to them what they want their characters to do, and as the Referee, I will guide them and present them with some options they may choose from, or they may decide to do something completely different. If any of you have played video games in which you control a character and are given options of where you want to go in the video game and what you want your character to do, it's very similar; in fact, video games like this were created by people who originally played the tabletop version of Dungeons & Dragons in the 1970's and 1980's. The main difference is that in a video game, you are limited to what the game designer pre-programmed as the options you can take. You aren't allowed to go "off-script." In a tabletop game of D&D, the players can decide they want their characters to do anything, and as the Referee, I'll typically go along with it and let things play out to see what happens. They aren't limited other than by the abilities of their characters and the rolls of the dice.
Benefits of Playing an RPG: Role-playing games teach a lot of things to players: teamwork and cooperation, social skills, public speaking, imagination and creativity, spontaneous problem-solving, statistics (the players will learn that using the dice gives them a % chance to accomplish something, and as they get good at doing math in their head, they will usually know their chance of success before rolling), compromise, and confidence, just to name a few. Many educators and psychologists promote the use of role-playing games for a variety of benefits.
Please let me know if your girls are interested, and also please provide a few options of what kind of days/times are best (obviously we won't be playing on a school night, so is a Friday night better, or would you prefer a Saturday or Sunday afternoon, or a Saturday night?). Parents are also welcome to come hang out and watch, or even play if you are so inclined.
Thanks everyone. I welcome any questions you have, especially for those of you who have never played a game like this and want more information.

The parents of all three girls replied back in the affirmative that their daughters wanted to play, and one dad asked if he could play as well. Nobody at this point asked for more information about the game. One of the parents mentioned her daughter was a bit nervous because she didn’t know what to do or how to play, but she was also excited. At this stage and over the following few weeks, I learned a few things:
That’s it for this introduction. In the next part, I’ll be discussing the “Session 0” I had with the players, including how to use the dice, what the different character roles/classes/races were available, and also gave them a quick overview of some rules and terms, and discussing comfort levels with things like descriptions of violence and horror.
Future entries in the series will discuss specific things as relate to playing role-playing games specifically with players of tween age and how to navigate those challenges to ensure everyone is having fun.
If you're playing (or have played) an RPG with kids, especially tweens, I'd love to hear from you. Please drop a comment below and let me know how you approached it.
Hanging: Home Office (laptop)
Drinking: Coffee (dark roast Italian blend)
Listening: "California Soul" by Marlena Shaw, from the album "The Spice of Life"
Labels: campaigns personal RPGs with Tweens 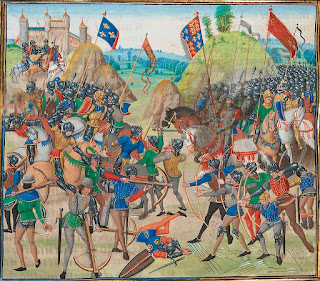